I already use Wikipedia, iTranslate, and the dictionary app that are listed on this thing.  So, I tried some new apps as well.

First, the Eat This, Not That game.  Well, I didn’t do as well as I hoped.  Sigh …  however, I only played the speed rounds.  My poor score with this app has nothing to do with the design; I just don’t eat at any of those places much so I have very little knowledge beyond the photo of what each dish contains.  I was surprised that some of the quizzes were so short – one only had two questions.  Okay as a quick distraction – maybe to win a bet with a fellow weight loss buddy.  Not very helpful if you want to learn more about each dish and why one is better.

Second, Duolingo.  I decided to do the German course to begin.  (I took German in college and Spanish in high school, so I figured for a quick review of the app, one of those choices would be best).  I did the first two lessons and think that this would be a great way to learn language for basic purposes. The addition of having you speak with the computer checking your pronunciation was a fabulous unexpected bonus.  I wish that the choices included Latin because that’s a language I’ve always wanted to learn, but have never studied consistently.  When I have more time (or if I know I will be traveling), I will probably go back to this app and brush up both my German and Spanish just for fun.  I can see this as a good recommendation to supplement language learning in students without needing a personal tutor –particularly since it lets you set daily goals.

Third, I put the app for TED talks on my iPad.  I’ve watched a couple of these talks on YouTube in the past, but it is nice to have them all in one place – sorted and searchable.  This is another app that I will probably go back to at intervals when I have more time.  I think that this is more of what the news should be like – a look towards technology and the future.
Posted by Smart Cookie at 9:35 AM 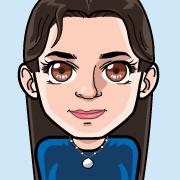 Smart Cookie
I'm director of a public library in a small town in northern Minnesota.